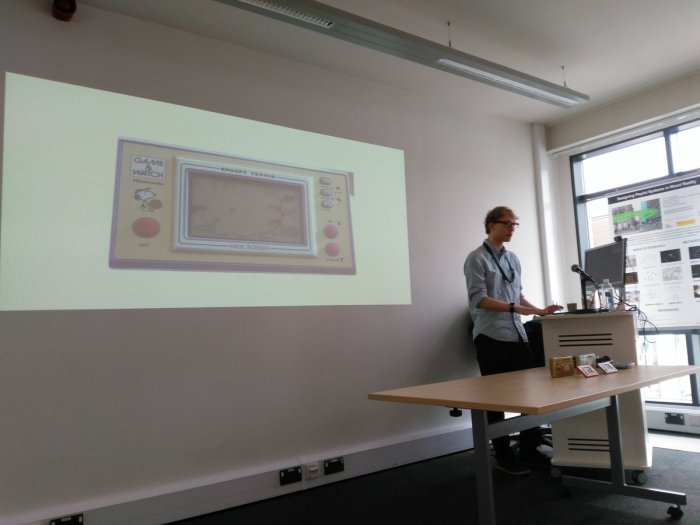 My first Research Seminar for Transtechnology Research as part of the 2015-16 “Objects of Affect and Affection” Seminar Series. Despite moving that month and dealing with the mercy of my ISP continually failing to connect me, I managed to create a talk that explored the evolution of handheld gaming. In addition I was able to make it a hands-on one as well, by making a couple of Game & Watch units (Snoopy Tennis and Mickey Mouse) available for people to interact with during the talk to help give people a better understanding of what was being discussed. This also later fed into the Q&A session afterwards.

I expanded upon this by building upon my recent experiences of how these handheld video game systems enabled me to escape the physical constraints that were put upon me at that time and instead explore digital landscapes.

A week later I attended EGX Rezzed, which I expected to have a healthy presence from the Virtual Reality (VR) community, therefore I finished off the seminar with a connection to the technology and its debt to Nintendo’s ill-fated Virtual Boy.

Around this time I wrote two articles for Thumbsticks that further explored aspects relating to this talk. Firstly how the handheld version of Digimon Story provided me with a digital escape and then my thoughts on VR after having spent more time hands-on with the technology at EGX Rezzed.

Below is the abstract of the seminar:

Freedom of Time and Space: Technological Affordances of Play

In 1979, Gunpei Yokoi, traveling on a bullet train, saw a bored businessman playing with an LCD calculator by pressing the buttons. Yokoi then thought of an idea for a watch that doubled as a miniature game machine for killing time.

Nintendo’s Game & Watch series of portable devices that played electronic games may not have been the first to do, but it helped influence the direction the company took as it transitioned into a defining element of the videogames medium.

The handheld videogame system is just one means of interacting within a digital space via a physical device, but it is the handheld that provides a greater element of freedom and one that transcends obstacles that can interfere with other means of play.

That is why the Game & Watch and subsequent handheld systems are so important for the process of play and how it affords its unique impact via its specific technological attributes.

This seminar will attempt to explore how the way in which players interact with these physical devices and how over just a short period of time the methods of play have changed and how upcoming technological changes might impact upon this. 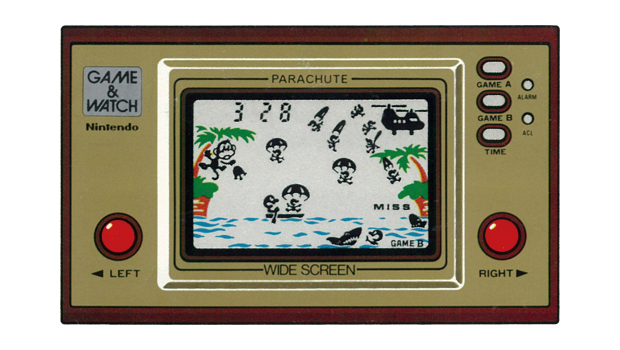