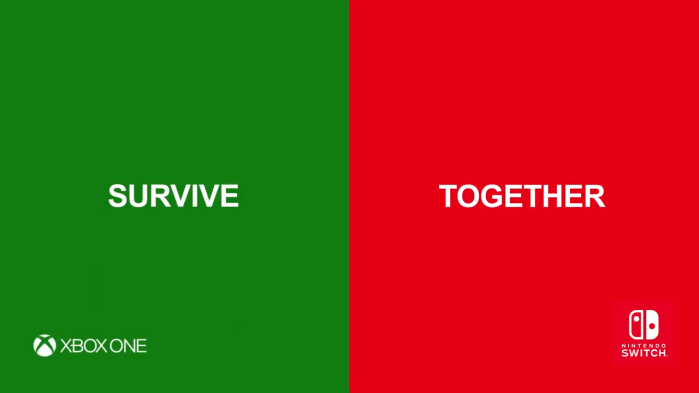 E3 2018 wasn’t all that long ago, but for an event that typically focuses on upcoming releases, dominating the news cycle was the arrival of Epic Games’ Fortnite on the Nintendo Switch (the worst kept secret amongst a string of leaks). What’s more was the realisation that anyone who had linked their Epic Games account to a PSN account were unable to use it at all with their Switch, the only solution was to create a brand-new account.

Then last week Nintendo’s official media channels posted a video promoting the bedrock version of Minecraft that had just arrived on Switch (replacing the Switch Edition). During the video, two people are shown playing Minecraft, one on Switch and another on Xbox One, and ends with the screen divided into equal parts Xbox green and Switch red before displaying “Better Together”. This was followed by a social-media “bromance” between the Xbox and Nintendo Twitter accounts.